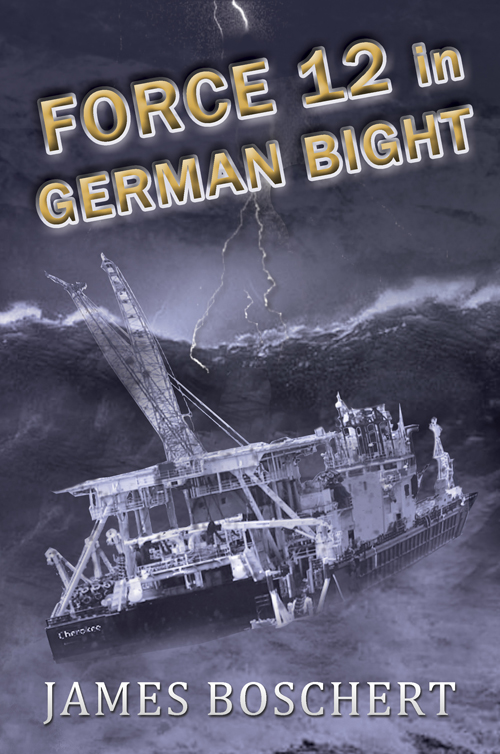 Force 12 in German Bight takes its title from the name of an area regularly referred to in the legendary BBC Shipping Forecast and one which experiences some of the worst weather conditions around the British Isles. It is a fast-paced story which smacks of authenticity in every line. A world of hard men, hard liquor, hard drugs and cold-blooded murder.

The reality of the setting and the characters , ex-military men from both sides of the Atlantic, crooked wheeler-dealers, and Danish detectives, male and female, are all in on the action.

“Force12 in German Bight by James Boschert is a masterful description of a pipe lay barge in every detail under, storm, sea and gale conditions that are entirely feasible which is all made very exciting by a pirate seizure of the vessel.”
— Amazon Review

“James Boschert is clearly one of my favorite authors. “Force 12 in German Bight” is an incredibly tense, exciting story. I’m pretty sure I’ve been holding my breath since I started reading it. Mr. Boschert’s descriptions of the forces encountered in the North Sea really give any maritime novice, landlubber an accurate picture of what can await you out there. Throw in some thug baddies and boy, have you got one thrilling ride! I highly recommend this book to thrill seekers looking for a great crime story adventure.”
— Amazon Review