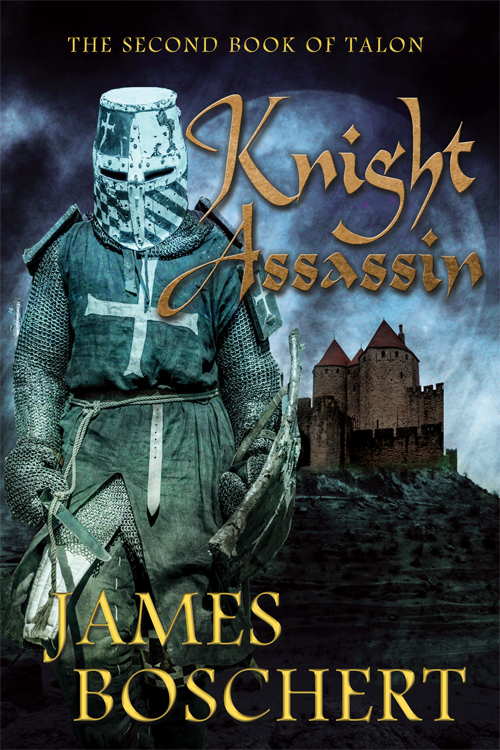 BOOK 2 — A joyous homecoming turns into a nightmare, as a trained assassin must do the one thing he didn’t want to do–become an assassin again. Talon, a young Frank, returns to France with his uncle Phillip, a Templar knight, to be reunited with his family who lost him to the Assassins of Alamut when he was just a boy. When he arrives, he finds a sinister threat hanging like a pall over the joyous reunion. Ruthless enemies, who will stop at nothing to destroy his entire family to achieve their ends, are challenging the inheritance of his father.

Talon will have to depend upon a handful of Welsh Archers, whom he met at sea, and his uncle’s trusty sergeant Max to help him defend his family from this plot. To accomplish that, however, he must also use the skills he learned as a Persian Hashshashin to tip the balance in his family’s favor.

“If I like the book i’m reading, I have to finish it as soon as possible. This is the case with all three books in the series. The historical references were incredible, and it is obvious that much time and effort went into this piece to make the historical characters and locations as accurate/realistic as possible.“
— Amazon Review

“There is a cinematic quality to Boschert’ writings that allows every sense to be activated by his description of place. I kept thinking as I read, in the hands of Peter Jackson, these books would make great movies -imagine all the action of the Lord of the Rings, but a story you could actually follow! Once again, Mr. Boschert has written a fine book, every bit the page turner he produced with Assassins of Alamut. “
— Amazon Review